Heading to Costa Rica through the capital city of San José? Realize that you can’t make it to your connecting destination in Costa Rica, so you now need to find a place to stay for one night? No need to worry, I’ve got it figured out for you. *This is not a sponsored post, just a post of my advice for those traveling to Costa Rica!*

That’s exactly what happened to me on my way to volunteering in Nosara, Costa Rica. I didn’t realize until two days before my flight (yay for last minute planning) that I wouldn’t be able to catch a bus or a flight on the domestic airline, Nature Air, the same day that I arrived in San José. As my first time solo traveling internationally, this was a tad frightening. I had never stayed in a hostel before, but had been wanting to as a traveler’s right of passage, so I immediately began searching for cozy hostels in San José. There’s a fair amount of hostels in that area, but many had good reviews as well as equally bad reviews. Some hostels offered to pick you up from the airport, but various travelers commented about how they were promised a ride from the airport, but their rides never came. Earlier in the day I had started emailing surf companies in Nosara, because I noticed that they provide shuttle service from the airport to Nosara, so I thought I could hitch a ride with them. But of course, they had no shuttles coming the day I arrived or the next day. Thankfully, one of the surf company owner’s (who one of my friend’s knew) recommended I stay at her favorite hotel on the outskirts of San José, called Adventure Inn. 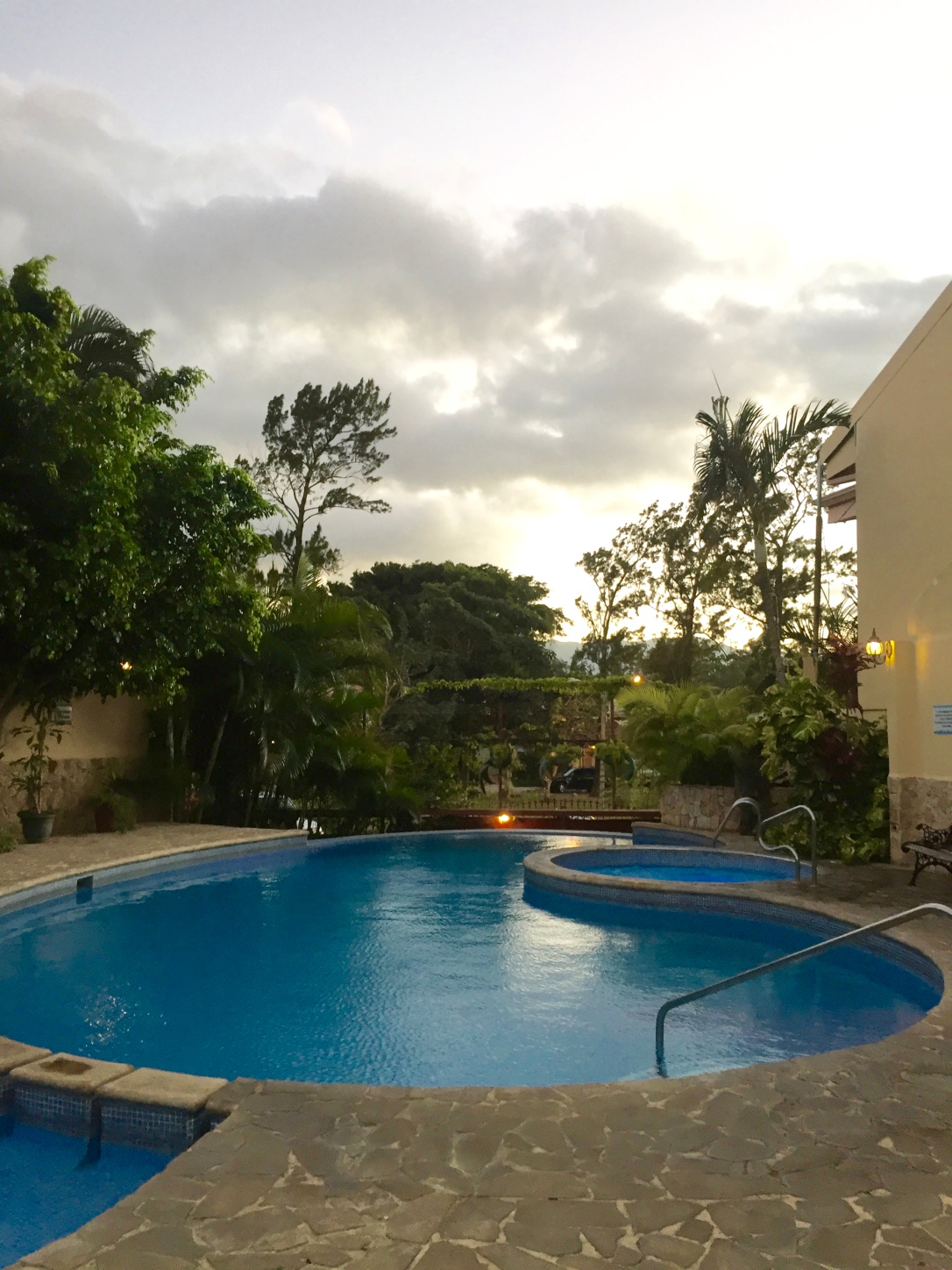 I kept looking for hostels, but ultimately decided to stay at Adventure Inn, despite it being approximately $100 for one night as opposed to a $10-$14 hostel stay. Here’s my rationale behind staying at Adventure Inn:

Despite the additional cost, this was a nice stay for my first time in the San Jose/Alajuela area. And I got my free shuttle to the airport the next day. Saving $13 never felt so good. 🙂

Have you been to San José before? Do you have any favorite hotel recommendations? Please share in the comments below!

Hi! I'm a freelance writer/journalist and world traveler from sunny South Florida who loves ocean swims, taking pictures...and did I mention I want to travel the world? View all posts by Michaela Garretson (The Bohemian Mermaid)

1 thought on “Where to Spend One Night in San José, Costa Rica”

Hi! I'm a freelance writer/journalist and world traveler from sunny South Florida who loves ocean swims, taking pictures... and did I mention I want to travel the world?

© Michaela Garretson and The Bohemian Mermaid, [2017]

Thanks for visiting The Bohemian Mermaid blog!
Have suggestions for future posts, questions on past posts, or business inquiries? Check out the ‘contact’ page to get in touch with me!
~Michaela

“You are never too old to set another goal or to dream a new dream.” ~ C.S. Lewis

© Michaela Garretson and The Bohemian Mermaid, [2020]